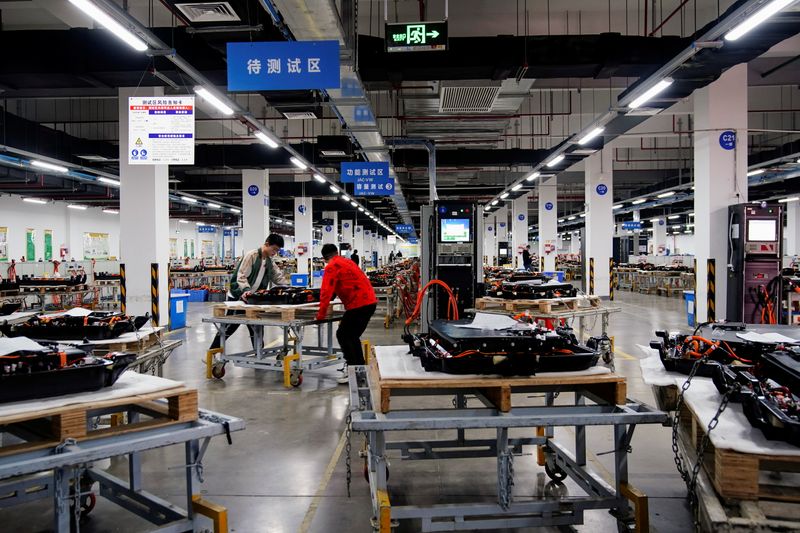 HEIFE, China (Reuters) – China’s push toward carbon neutrality coupled with its growing manufacturing of electric cars (EV) could allow it to compete on par with standard cars by 2030 and push the sector to new heights, the head of a leading Chinese electric battery maker said.

“It’s clear that the cost of the battery is the main driver,” said Peng Chu, CEO of Octillion Power Systems, a lithium-ion battery supplier based in Hefei, Anhui Province. “Economies of scale alone, combined with innovation, will be sufficient to reach the parity line by 2030.”

China, the world’s largest producer of greenhouse gases, aims to peak emissions before 2030 and become carbon neutral by 2060.

“We assume that a carbon peak will happen and that carbon neutrality will happen, and this drives the entire sector,” he said.

It also aims to diversify geographically and build on existing businesses in Brazil, India and North America.

Environmental groups have warned that the boom in electric vehicle ownership will lead to an increase in battery waste. Chinese cities responded to the challenge by putting in place recycling plans.

The batteries contain rare resources like nickel and cobalt, Chu said, and he was not worried about an impending “pollution nightmare”.

“With absolute economics, there is money to be made to get everything back,” he said. “I don’t think people are going to throw them away or randomly throw them somewhere because there is value there.”